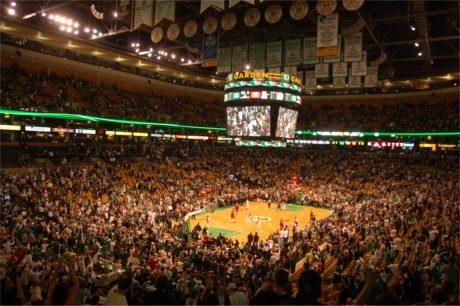 Throughout sports there are many classic arenas and stadiums that are replaced by new modern sports facilities. TD Garden is included in this as it replaced one of the most classic arenas in all of sports, the Boston Garden. For nearly 50 years the Celtics played here winning 16 NBA Championships. The Boston Garden had many design flaws that made it unique and different from other arenas in the NBA such as obstructed seating. In the early 1990s, both tenants of the Boston Garden, the Celtics and the Bruins (NHL), wanted a new modern facility built. Construction on a new $160 million arena began in May 1993 and was paid using city bonds.

Originally known as the FleetCenter, the Boston Celtics played their first game at their new arena on November 3,1995 against the Milwaukee Bucks. With a capacity of over 18,000, 2,400 club seats and 104 luxury suites, the Celtics home has many more amenities and features than the Boston Garden had. In July 2005, the arena was renamed TD Garden after TD agreed to a 20 year contract through 2025. The arena features three private restaurants including the Premium Club Restaurant. One legendary feature that came from the Boston Garden to the TD Garden is the parquet floor that is found at only three NBA arenas. This flooring has been used since World War II and features a distinguishing look.

Fans attending games at TD Garden can visit the Sports Museum for New England Sports History and see memorabilia from a variety of sports. Recently a new multimillion dollar 360 degree video scoreboard was added to the arena. The Celtics and the Bruins (NHL) are the primary tenants of TD Garden. In June 2008 the Celtics won their first NBA Championship at TD Banknorth Garden in six games against the Los Angeles Lakers. 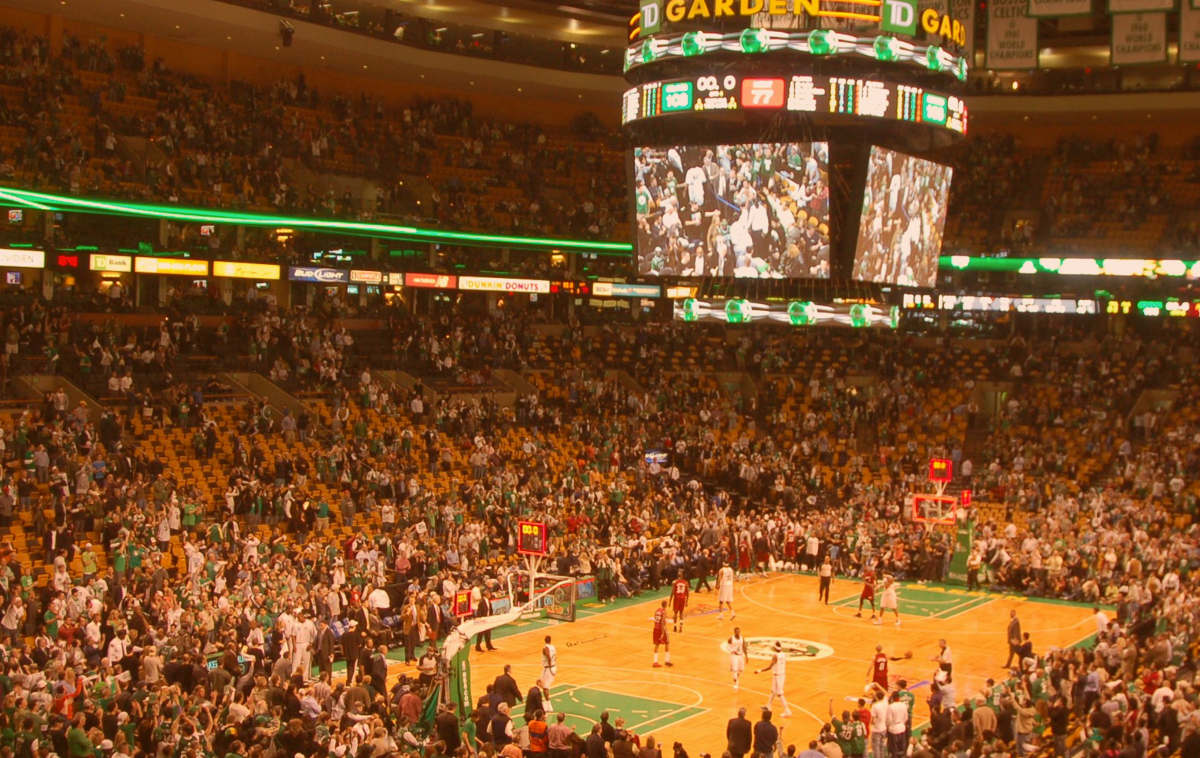 History of the Boston Celtics

The Boston Celtics are a professional basketball team based in Boston, Massachusetts. The team was founded in 1946 and is a member of the Eastern Conference of the National Basketball Association (NBA). The Celtics have a rich history that includes 17 NBA championships, numerous successful seasons, and several legendary players.

The early years of the Celtics were marked by success, as the team won several championships and established itself as a dominant force in the NBA. The Celtics of this era were led by legends such as Bob Cousy, Bill Russell, and John Havlicek, who helped establish the team’s winning mentality and championship culture.

In the 1980s, the Celtics underwent a period of rebuilding and retooling. Despite this, the team remained competitive and continued to make the playoffs in several seasons, led by standout players such as Larry Bird, Kevin McHale, and Robert Parish. With this talented roster in place, the Celtics won several championships and established themselves as one of the top teams in the league.

In the 1990s and early 2000s, the Celtics faced a period of transition and struggled to find success on the court. Despite this, the team managed to rebuild and retool its roster, led by talented players such as Paul Pierce, Antoine Walker, and Gary Payton. With this new talent in place, the Celtics returned to championship contention and made several deep playoff runs.

In recent years, the Celtics have undergone a period of rebuilding and have developed a talented young roster, led by players such as Jayson Tatum, Jaylen Brown, and Kemba Walker. The team has also hired a new head coach, Brad Stevens, who has a strong track record of success and is expected to bring a new level of competitiveness to the team.

Throughout its history, the Boston Celtics have been known for their winning mentality, their commitment to excellence, and their rich tradition of success. With 17 championships and numerous successful seasons, the Celtics are one of the most storied franchises in the NBA.

Have you seen a game here?

Leave us your thoughts below!

Bet on the Boston Celtics at Interops! Intertops gladly accepts US players and offers betting opportunities across a wide range of US and global sporting events. Redeem the Intertops Sportsbook bonus code at https://usacasinobonuscode.com/intertops-sports-bonus-code/ and get up to a 200% bonus.

You can read another Intertops Sportsbook review at https://casinositesusa.com/intertops-sports-bonus-codes-promos/ courtesy of CasinoSitesUSA.